A sexual predator has been elected to the highest office in the land. Women's rights have now taken SEVERAL steps back.
I spent 30 years in the workforce having to fight off unwanted passes from men. For those of you who have never had to put up with this kind of crap, the woman NEVER wins. She is always the one labeled as a liar and fired.
I feel bad for the women who are having to put up with this kind of crap. They will all have a huge hill to climb in order to not get run over, used, abused and raped.
I can still feel those men's hands on me. NASTY!!!
Posted by Sue's Paper Crafts at 9:22 AM No comments:

Valentine's Day will be here soon. I had a lot of fun creating this year's cards but they cost me a small fortune to mail them. $35.00 for 10 cards. OH MY!!!  LOLOL

Just WHAT made mailing so expensive? I just HAD to use some pendants to decorate the cards which made them bulky and over weight. 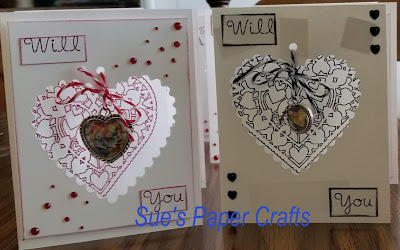 The pendants are from Craft Fantastic.
The drawn on heart is from Cricut's Love Struck 2010 and was drawn on with my Foil Quill. I also wrote out the sentiment with the Foil Quill.

The only Black Friday shopping I did this year was Queen and Co. One of their Black Friday specials was this suitcase shaker card kit.

I did a few things different from Queen and Co.'s for this kit. The reason I made the changes was to keep the card as thin as possible for mailing to Japan. AND to see if my kid actually looks at the cards I send him or not.

Everything on the card except for the shaker elements is a part of the kit. I did take a little off the original sentiment which should read: "Hope to see you soon!" 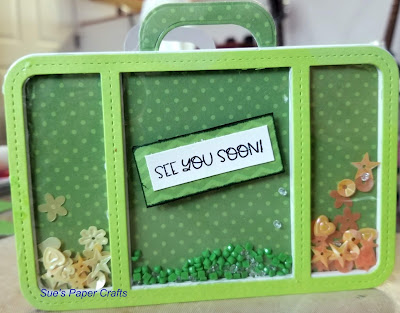 Here is my yearly Hanukkah card. 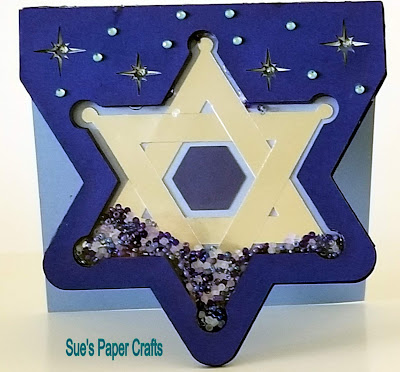 This is a freebie from Dreaming Tree SVG's. I made a couple of adjustments and turned it into a shaker card.

Posted by Sue's Paper Crafts at 1:20 PM No comments:

It is almost turkey time again. I'm not cooking this year, kind of silly to cook for just 2 of us so we will be going out for dinner.

My October Spellbinder's Glimmer KOM was perfect for this card. 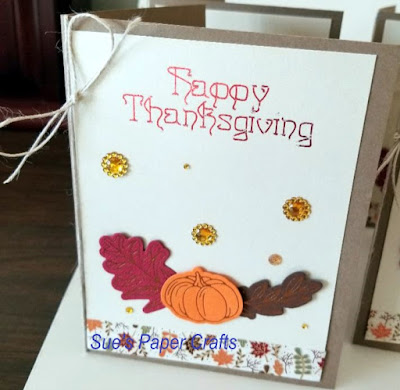 I will be entering this card into these challenges:

A to Z Scrapbooking - Store Closing

Bitten By The Bug II - Fall Anything Goes

Halloween used to be my favorite holiday. Not since we moved to Arizona, we don't get any trick or treaters but I can still make cards for family and friends. 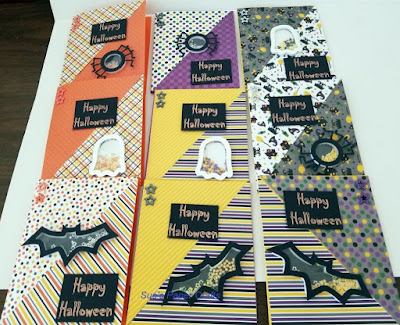 I choose a #Queen and Co. kut which made these super easy.

To create the semtiment I used my #Cricut, #Foil Quill and #Cricut's Baby Steps cartridge.

I am entering these cards into these Challenges:
Bitten By The Bug II - Anything Goes
A to Z Scrapbooking-store-closing/
Posted by Sue's Paper Crafts at 9:45 AM 3 comments:

I got an early start on Christmas cards this year. I used both of my foiling toys to create them. 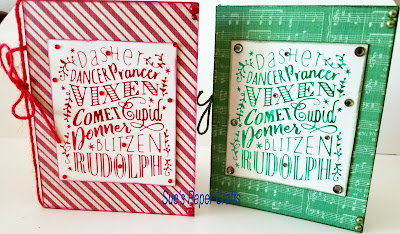 My Foil Press and Spellbinder's Reindeer Games Glimmer Plate. I added a bit of bling for some extra shine. 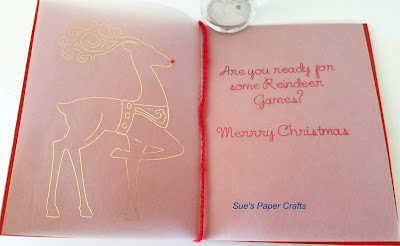 My Foil Quill and Cricut helped me to create the insides. I used red foil on the red cards and..... 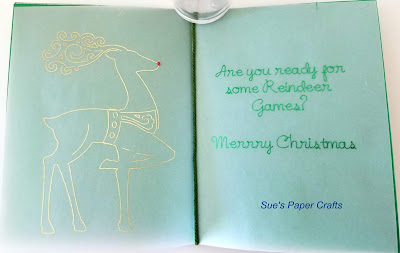 Green foil for the green cards.

The reindeer is from Cricut's Christmas cartridge and the font is from my computer system.

I am entering this into this challenge:

Thank you for joining us for
MOVIE NIGHT BLOG HOP 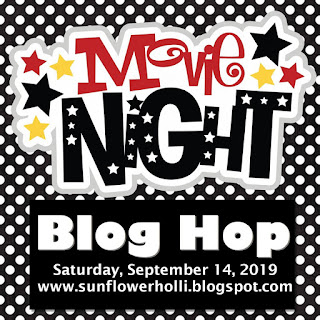 Our awesome sponsor for this hop is!! 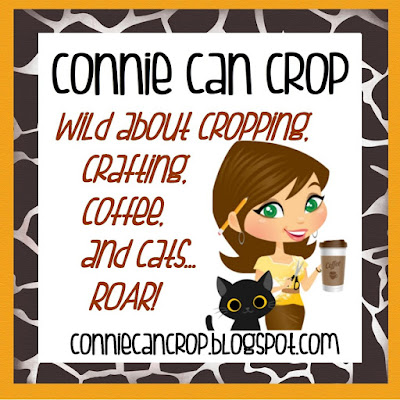 Connie is offering one lucky winner a $10 gift card to Hobby Lobby! Wohoo!
/ 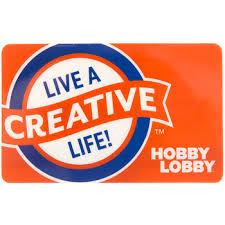 You will have until 10 pm Sunday to finish the hop and leave your comments on every blog to be eligible to win.
Winners will be announced on Wednesday 9/18/19 at
Connie Can Crop.
Be sure to follow everyone and leave a comment along the way!

I have to admit that I'm old and REALLY set in my ways. I really don't care for today's movies but I LOVE old classic movies. We have a 70" tv and spend quite a bit of our time watching old black and white movies.


There are way too many movies to have a real favorite, at least for me and there are several that I can watch over and over such as, "Bringing Up Baby", "North By Northwest" and, "Jane Eyre" to name a few as well as today's choice, "The Long, Long Trailer" staring Lucille Ball and Desi Arnez. Parts of the movie were filmed in Yosemite National Park and the scenery is stunning. I love Lucy and her antics always make me laugh.

The plot of the movie is that Lucy and Desi are newlyweds. Desi is an engineer and works all over the place, making for a roaming lifestyle for the couple. They buy the trailer at Lucy's insistence so that she can make Desi a real home no matter where they are.

As they travel along Lucy picks up landscaping rocks and home canned goods, both very heavy objects which makes for a very dangerous drive through some very steep, narrow mountain passes.

7 years ago we moved from Michigan to Arizona. We packed up our house and the moving company packed it all up in their truck. We also had a garage full of motorcycles (3, 2 non running) as well as my Rick's tools. In order to move all of that we bought an 18" trailer and has several special adjustments made to it. I decided that it was our Long, Long Trailer and asked if I could pick up rocks and homemade canned goods along our way and was told no. He was right because Lucy's collection was nearly the death of her and Ricky. When we got to Flagstaff, AZ there was a full blown monsoon going on. If you have never been in one before, you don't want to be. There was one mountain that we almost didn't make up due to the amount of water on the road and the mountain was really steep. 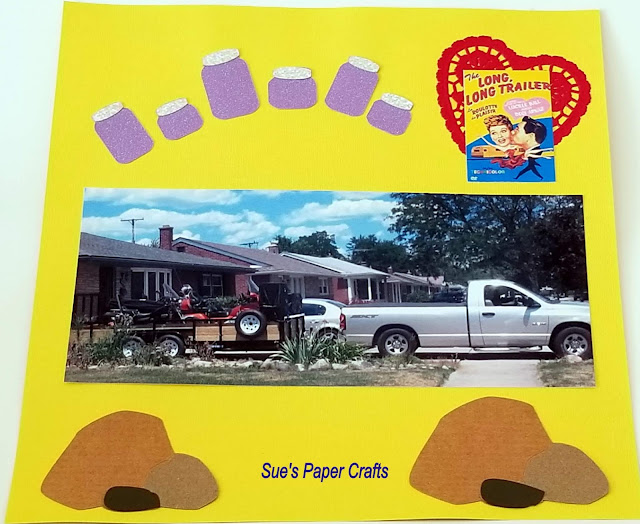 The canning jars are from Cricut's, "From My Kitchen" cartridge. The rocks are from, " Dino Play". The red heart doily came from Hobby Lobby.

I originally did a 2 page layout, this picture and a picture of the Gold Wing (orange motorcycle up there in the trailer) and it's trailer all packed up and hitched for a trip from Arizona to Michigan in 2016. I just couldn't get the 2 different trailers to meld. I think it was the baby decorations I used on it, we were riding back to Michigan for the birth of Rick's grandson.

If you're wondering what the 2nd page looked like, here it is: 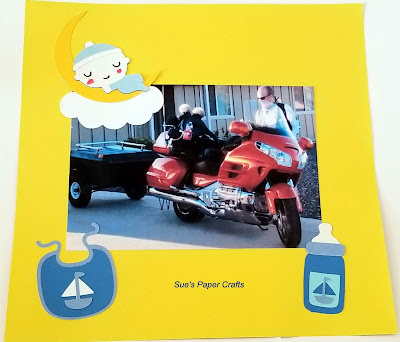 That's Rick making his final preparations and those fuzzy head on the back or our lions. They have been riding with us since 2003. All of the cuts on this page are from Cricut's, "Baby Steps" cartridge.

Be sure to hop over to Vicky's blog

I haven't entered a challenge for a while but came across this one a2z Scrapbooking July Challenge - Sparkle and Shine and decided to enter. 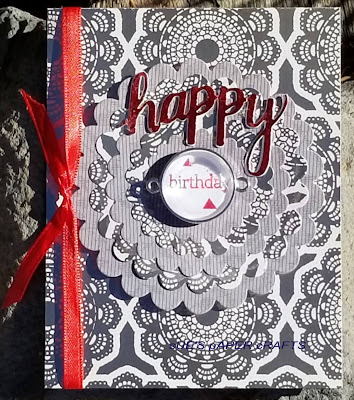 I am entering this into this challenge: a2z Scrapbooking - July Challenge - Sparkle and Shine
Posted by Sue's Paper Crafts at 10:35 AM 3 comments:

Thank you for joining us for
The Adventure Awaits BLOG HOP 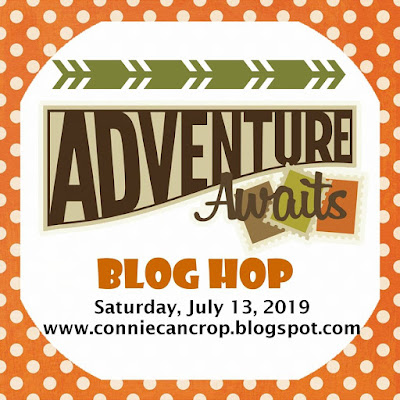 Connie Can Crop , is the beginning of this hop!
This is a one day blog hop, but you have until Sunday at 10pm to finish hopping and leaving your love for all of these talented crafters.

We have two awesome sponsors for this hop!!

Coloring with Nikki is giving away this gorgeous Handwritten Background stamp from RG Studios to one lucky winner. 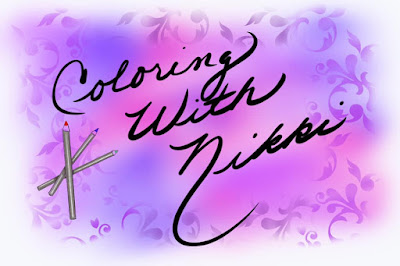 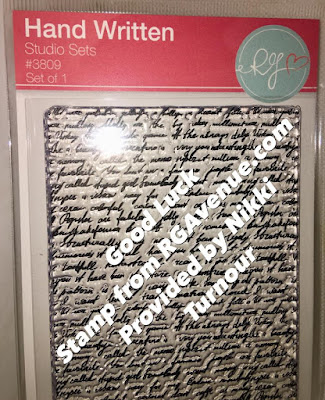 Connie has put together this Set of Me and My Big Ideas (Mambi) goodies! 12x12 Kit, Sticker phrases, and a Washi pack!! 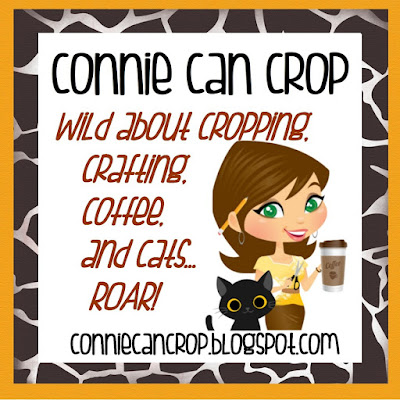 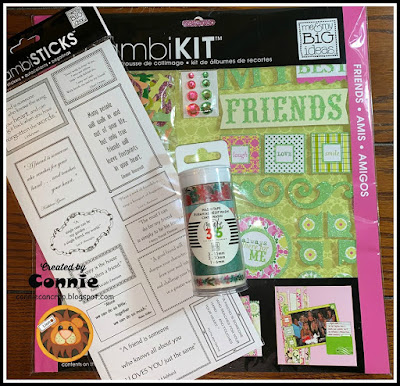 You will have until 10 pm Sunday to finish the hop and leave your comments on every blog to be eligible to win.
Winners will be announced on Wednesday 7/17/19 here at Connie Can Crop.

Last summer my guy's daughter opted for a destination wedding in Maine so we decided to do a first for both of us, we took the Amtrak from Kingman, Arizona to Portland, Maine. It was quite an adventure. The train ride was so relaxing, no worries about rooms or food as they were included in our tickets and all of the employees were wonderful!!

When I started working on our scrapbook I gave myself a challenge, I can't use anything buy my scraps because here is the pile of scraps that I started with: 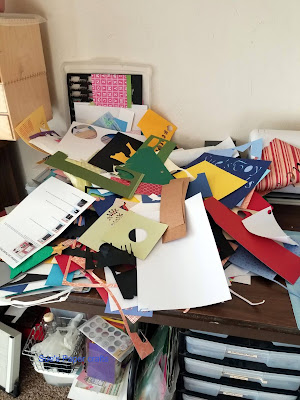 It sure was quite a mess. I'm almost done with the scrapbook but I haven't come anywhere near to using this entire pile.

I wanted to be sure to go wadding in the Atlantic Ocean while we were there, those are the pics I decided to use for this hop. I did a 2 page layout. 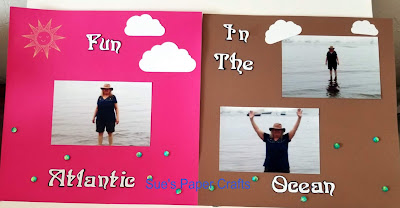 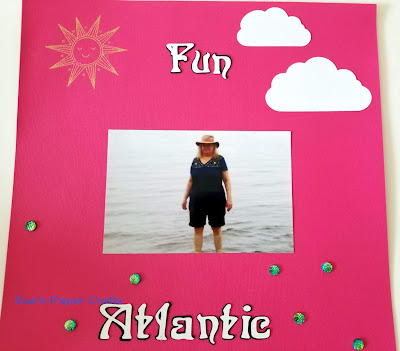 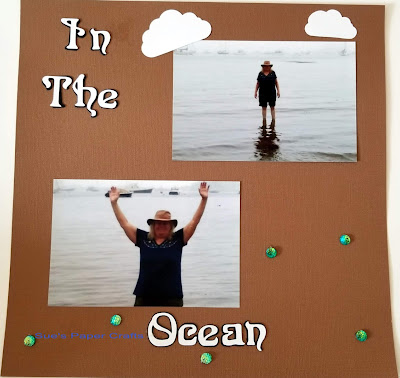 I used my Foil Quill to add the cute sun. 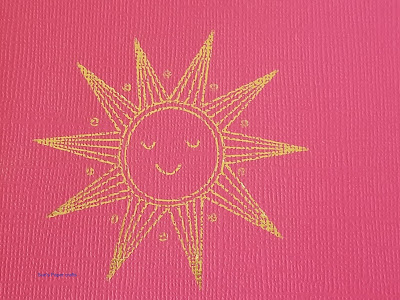 I used Cricut's Art Nouveau cartridge for the font and the bling is Queen and Co.'s newest, Sea Stones.

Here's the current state of my remaining scraps: 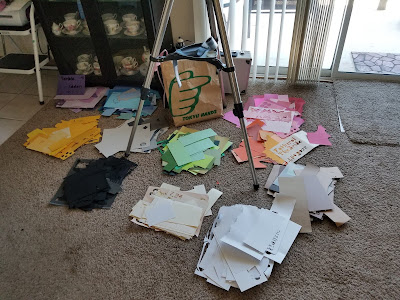 Be sure to hop over to my friend Rebecca Ann She has something wonderful to share!

I can't thank you enough for checking out my project. It means the world to me and I hope you truly enjoyed it. May it inspire you to create something wonderful!   Scrappy Hugs!

Come and join in the fun

For My Thanksgiving Cards 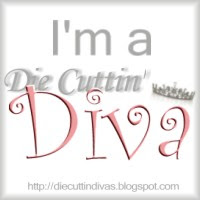 Is a Challenge Showcase Pick at 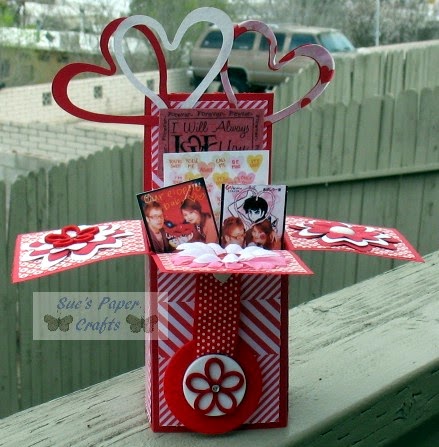 Please come and join the fun 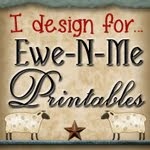